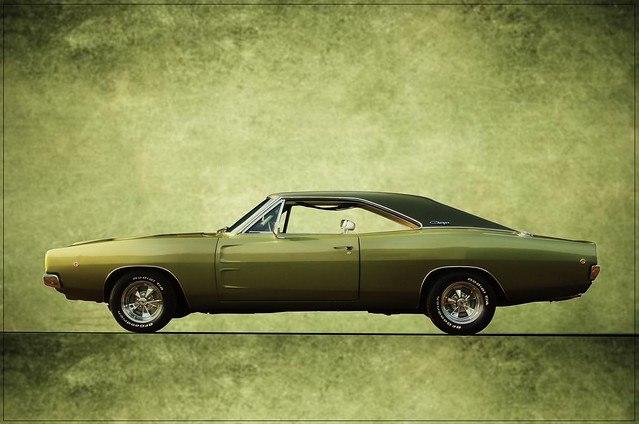 Dodge has produced several iconic cars over the years, ranging from the
automaker's classic muscle cars to the modern Hemi pickup. For more than a
century, Dodge has engineered some of the most powerful and memorable vehicles
that have gained a beloved place in enthusiasts' hearts. These are just a few
of our favorites.

The Dodge Charger was first introduced in 1964 to much fanfare. During the
'60s and '70s, it was a midsize, two-door car, so well-liked that the R/T
version was chosen for the legendary Steve McQueen movie "Bullitt."
The movie centered on a prolonged car chase involving McQueen's Charger R/T.
That scene involves other popular vehicles at the time pursuing the Charger
R/T, including a Ford Mustang.

One big issue on set, however, was that the other vehicles could barely keep
up, requiring engineers to install thinner wheels so the Charger R/T couldn't
outrun the other cars quite so fast. If that's not a testament to the Charger's
power, then we don't know what is!

There's a reason the Dodge Challenger remains one of the most highly anticipated
releases each year. Since 1958, the Challenger has been wowing drivers with its
performance prowess and stunningly good looks, which is why it's also been
featured in movies such as "Vanishing Point" and "Death
Proof." Although the first Silver Challenger was produced in the late
'50s, the pony car we'd all grown to love debuted in 1969, an era rife with
muscle cars. The second incarnation came about in 1978 and the third and
current generation in 2008.

Throughout that time, the Challenger has been a direct rival to the
Chevrolet Camaro and Ford Mustang. The Challenger R/T has also been raced in
the NASCAR Nationwide Series competition. Boasting such a long and storied
history, few models can lay such claim to fame as the Challenger.

The Viper, Dodge's handcrafted luxury sports car, is every car enthusiast's
dream. The powerful two-seater rolled off the assembly line in 1991, with two
pre-production models made that year to serve as the Indianapolis 500 race car.
With a V10 engine designed by Lamborghini, performance was the central theme
behind the Viper's overall design. Despite financial issues that nearly ended
the Viper's reign, the beloved model has prevailed, becoming stronger than
ever.

The muscular 2016 Viper features a more aerodynamic body, an all-aluminum
V10 engine, and a race-inspired interior that pay homage to its roots. With a
hefty starting price and an array of options that can easily push the handmade
Viper into the six-figures, the Viper has become a status symbol for the most
discriminating car buyers. Thankfully, those who can't purchase the Viper
brand-new still have plenty of pre-owned options that can help make their
dreams come true.

From the big screen to the racing circuit, Dodge has been a major part of
popular culture since its inception. The debut of these three favorites just
goes to show how ingrained Dodge vehicles have become in American hearts and
minds, and we're proud to be a part of it.