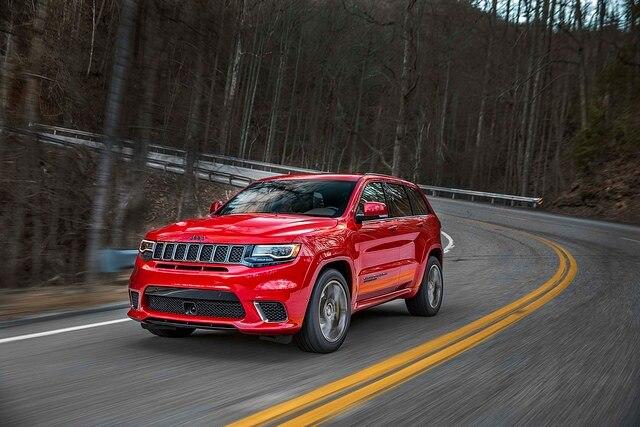 2017 isn't over quite yet. But the top-selling Jeeps of this year
are nearly solidified. The Jeep Grand Cherokee takes the top spot thus far with
three other models: The Jeep Wrangler, Jeep Cherokee, and Jeep Compass. This
article discusses these four models and uses sales data up to October 2017.

The Jeep Compass is a compact SUV. It fits between the Jeep
Renegade, a sub-compact SUV, and the Cherokee, a compact SUV. For its 2017
model year, the Compass underwent a model re-design to serve as a smaller
alternative in places where the Cherokee is considered too big. Its new look is
similar to the larger Jeep Grand Cherokee. It now includes an upgraded
powertrain and an array of safety and technological options, some of which come
in the Popular Entertainment Package.

Keeping up with the smaller Jeep SUVs is the Jeep Cherokee. It's
noted as a best-selling SUV because it provides a comfortable ride. Other pros
include an easy-to-navigate infotainment system. An upscale cabin and excellent
off-roading capabilities round out the 2017 advantages to the Cherokee.

Owners of the Cherokee point to the power that the vehicle has
compared to other SUVs in the same category. Its smooth ride and comprehensive
option packages also win high marks. This SUV comes with a four-cylinder engine
at the base but has the option to go to six at other trim levels. This proves
helpful during trips on the highway.

In spite of its added modern conveniences, the Jeep Wrangler is an SUV that sticks to its roots. For
Jeep purists, this is a good thing. It comes with two or four doors and is
known for its off-road friendliness, as well as its versatility and design. The
Wrangler's charm cannot be replicated by another vehicle.

While it does have tech conveniences like satellite radio, owners
like driving the Wrangler in part because it doesn't come with features like
automatic braking or lane change assist as a standard. It's also fun when
handling tough off-road trails.

Last but certainly not least is the Jeep Grand Cherokee with
198,460 sold to date as of October 2017. It leads the mid-size SUV class in its
ability to go off-roading while still being comfortable. This is all backed up
by a powerful V-6 engine.

Owners enthusiastically discuss the Grand Cherokee's ability to
make long trips to multiple states comfortable, and describe it as a joy to
drive. Given its history as an industry leader that ushered in the mid-size
SUV, its consistent popularity is not surprising.

Buying a Jeep isn't an easy decision to make especially with so
many models to choose from. But one thing is for certain; Jeep stands the test
of time and meets the challenges life brings. Test drive a Jeep today at Crosstown Chrysler Jeep Dodge.