The Top 5 Things to Do in Edmonton, AB

The Top 5 Things to Do in Edmonton, AB 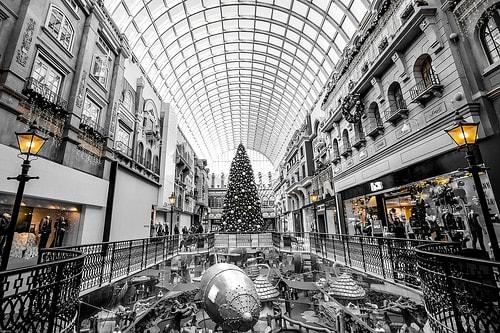 The West Edmonton Mall
isn't just a place to go when you feel like shopping, it's an all-day
destination. WEM features Galaxyland, the world's largest indoor amusement
park, along with a water park, Marine Life and the Sea Life Caverns, an
underground aquarium with over 100 species on display, and Professor Wem's
Adventure mini golf course. Of course, this is all in addition to the stores
themselves. There's so much to do at the West Edmonton Mall that it would
probably take you a week to get through everything.

Aside from being a nice place to relax along the shore of the North
Saskatchewan River, Fort Edmonton Park is also the largest living history
museum in Canada. It comes complete with old-fashioned streets, buildings, a
working streetcar, and a park midway straight out of the 1920s. Visitors can
interact with historical exhibits and period actors, and the park is constantly
putting on new events and shows. You can visit the park as an individual or a
family, put together a wedding party or a corporate retreat, or just stop by
the Capitol Theatre to watch a vintage silent film.

Located on the University of Alberta grounds, the Devonian Botanic Garden
holds the distinction of being the northernmost botanical garden in Canada. The
garden features 240 acres of cultivated land, miles of exploration trails, and
a Japanese-style garden. The Devonian Botanic Garden also hosts several
showhouses that cultivate plants native to several different environments. The
tropical showhouse is particularly worth a visit thanks to all the different
butterfly species who also call it home.

Located right by the airport, the Castrol Raceway has a number of facilities
for races of every kind. The raceway has a drag strip, a clay oval track, a
dirt Motocross track, a 2.7-kilometer paved course, and a smaller oval track
for karts. With so many tracks, it's no wonder the Raceway sees plenty of
events every month, including weekly local events and annual national events.

Not all of Edmonton's history is happy. The Edmonton Historical Society
sponsors ghost tours through Old Strathcona, the University of Alberta, and the
historic Rutherford House throughout the summer months and October. Along the
way, be ready to learn a little about what Edmonton was like back in the day
along with many of the ghost stories and urban legends that have survived to
this day.

From the old to the new, there's a lot to love about living in Edmonton.
After all, with over 1 million people living in the Edmonton Metropolitan Area,
you can find something for everyone. You may think of endless piles of snow
when you think of the Northern Great Plains, but there's plenty of life
underneath it all.