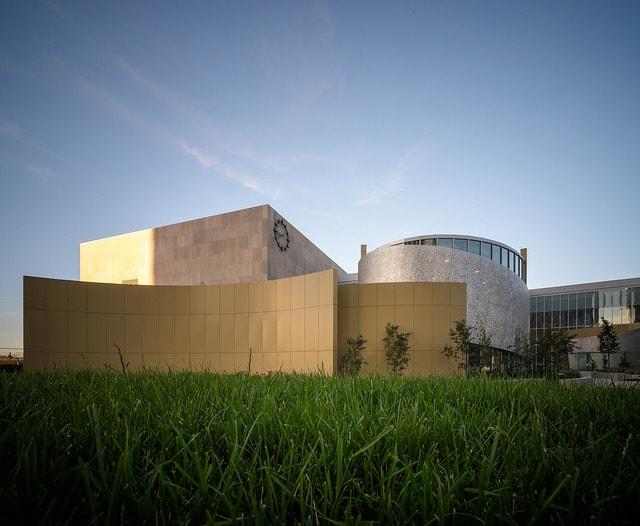 Downtown Edmonton is about to get an exciting new addition: The
Royal Alberta Museum, which is scheduled to open later this year, with the date
still to be announced. It replaces the old museum located in Glenora and
promises innovative displays, fascinating artifacts, and endless educational
opportunities. Here are just a few reasons you should eagerly anticipate its
opening, and visit as soon as you can!

These three-dimensional displays that bring to life scenes from
nature and history were once considered passé, but have experienced a
resurgence of interest in recent years. The new Royal Alberta Museum is restoring eight of the most popular diorama exhibits
from the Glendora location, and adding nine new ones. Diorama artisan Terry
Chase, a scientist with a Ph.D. In paleontology, is working with museum staff
to painstakingly recreate realistic scenes from the Alberta wilderness. It's a
chance to get up close to bison, deer, antelope, and other animals in their
natural habitats, with scenes so realistic they spark your imagination.

The new museum will house an expansive Children's Gallery, where little ones can learn by playing.
There will opportunities for children to climb, crawl, and conduct experiments.
They can learn about science with hands-on experiences.

Since the museum is being built on the former site of a Canada
Post distribution centre, designers wanted to pay tribute to the post office.
It will feature a series of mosaic murals by Ernestine Tahedl, which were
commisioned in 1966 for the post office. They have also reclaimed the terrazzo
flooring and Tyndall limestone panels from the post office building and will
install them in the cafe courtyard.

With twice as much room in the new museum as they had in the old
building, there's more space to spread out and include more exhibits. Planned
exhibits include the Bug Room, where visitors can see dozens of live insects
(behind glass, of course) and even watch them hatch. The museum will also have
a large exhibit devoted to the history of Canada's indigenous people, which
goes back over 13,000 years.

In the new Royal Alberta Museum, an entire room will be devoted to
the Manitou Stone. This is a 320-pound meteorite which was in the possession of
Alberta's indigenous people until it was stolen in 1866. The rock was a sacred
object, and a prophecy stated that if it were ever taken, famine, pestilence,
and death would result. Some attribute the decline and suffering of the indigenous
people to the theft of the stone and have been attempting to force the return
of the meteorite to them. For now, it remains in the care of the museum, but
the new area is intended to serve First Nations people by allowing them a space
to visit the stone and conduct ceremonies. Anyone who wishes to visit the
Manitou Stone for spiritual purposes will be admitted to the museum free of
charge.

This is just a small sampling of what awaits us at the new museum,
which will contain exhibits combining science, history, and culture. Be sure to
drive in your new Ram or Jeep recently purchased at Crosstown Chrysler Jeep Dodge to the Royal Alberta Museum. We can't wait for opening day!

"New Royal Alberta Museum" by Kurayba, used under CC BY