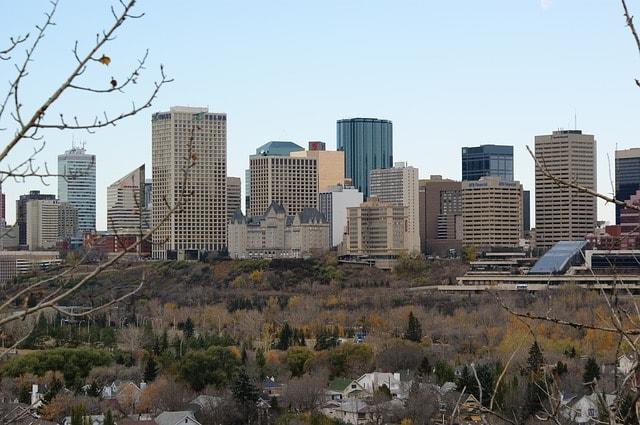 As the capital of Alberta, Edmonton has a rich history. Originally
settled in 1795 by European traders, it has always been a hub for agriculture,
Alberta oil, and military. Here are some places you can visit to learn about
the history of Edmonton.

Fort Edmonton Park can take you back in time to learn about the history of Edmonton.
Learn about the Fur Trading Era that took place in 1846 in the Fort. You can
also visit different streets representing eras such as the 1885 Street that
features the Settlement Era and the 1905 street that features the Municipal
Era. There is also a 1920 street that showcases the Selkirk Hotel, Johnson's
Cafe, and Bill's Confectionary.  You should also keep an eye out for the
old-fashioned midway, train, streetcar, wagon and pony rides.

During the summer, the Fort hosts children for summer camps so
that they can learn about the history of Edmonton. Children can choose to be a
voyageur in 1846, a pioneer in 1885, a student in 1905 or a child of leisure in
the 1920s. They also have the opportunity to learn the kinds of games and toys
that were played with or race down the North Saskatchewan River in a voyageur canoe.
The Fort also hosts family packages as well as birthday parties.

Located in the Legislative Assembly Visitor Center is the Agora
Interpretive Center. If you are interested in the political history of
Edmonton, the Agora Interpretive Center tells the story of the political development
throughout the province. The interpretive center also has an unearthed time
capsule, and you can test your knowledge on different parliamentary rolls while
trying on replica costumes. Don't forget to check out their touchscreen
timelines as well. The Legislative Assembly Visitor Center is free to
visitors.

The Rutherford House Provincial Historic
Site is the restored home
of the first Premier of Alberta, Alexander Cameron Rutherford. The family moved
into the brick mansion in 1911. Guests are invited to explore their home and
enjoy the hospitality that the Rutherfords offered their family, friends, and
influential Edmontonians while they lived in their home. The Historic Site also
has guided tours as well as special events that you can take part in. They also
have summer youth programs and host birthday parties.

You should also be sure to check out the Vintage Fork restaurant
while checking out the history of the Rutherford family.

Admission to the Rutherford House Provincial Historic Site is $7
for adults, $6 for seniors and students, and $5 for youth aged 7-17 years of
age. Children under six are free. You can also buy a family pass for $20 which
includes two adults and up to six youths.

Whether you decide to visit Fort Edmonton Park, the Agora
Interpretive Center, or the Rutherford House Provincial Historic Site, you are
sure to learn a lot about Edmonton's rich history.