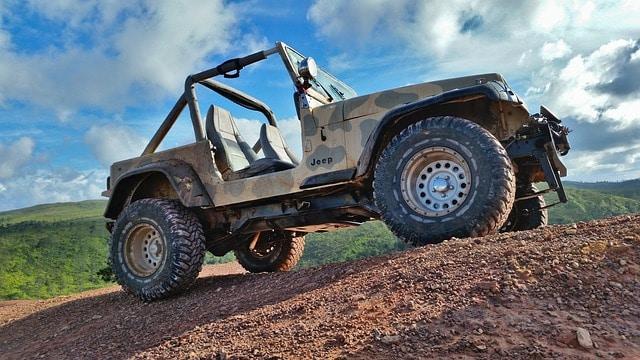 On the second week of May, Jeep holds their national Jeep Wave Day. This
special day requires Jeep drivers to wave at each other whenever they bump into
one another at the parking lot or during traffic. In a way, it brings Jeep
lovers together and helps the brand gain a stronger appreciation which could
lead to more people buy Jeeps.

Read below for more information and why it’s become such a cultural staple
in the world of Jeeps. The wave is more than a simple gesture, it’s a
recognition among drivers who take care of their Jeeps.

The reason that Jeep Wave Day takes place on every May 7th is
because the Jeep Wave is done with five fingers on the hand, which is a
coincidence because May is the fifth month of the year. For the day, Jeep
choose to celebrate on the seventh based on Jeep having seven slots on every
model’s headlights and grille.

Many believe that the origins of Jeep Wave Day date back to World War II
where soldiers waved at one another in jeeps instead of the traditional salute
so they won’t give away high-ranking officers. After soldiers came home from
the war, they maintained the tradition by purchasing Jeeps and wave to fellow
soldiers as a gesture of respect.

All you need is any Jeep vehicle
to celebrate National Jeep Wave Day and also to initiate a one-handed wave above
the windshield or outside the body tub whenever passing a fellow Jeep driver on
the road.

The Jeep Wave Day might be a
silly concept at first glance, but it’s a day dedicated to acknowledging one’s
love for a Jeep and being fortunate enough to run into someone who also shares
that. The next time you’re on the road in your Jeep and see that familiar grill
going in the opposite direction, make sure to give a great wave to the driver.