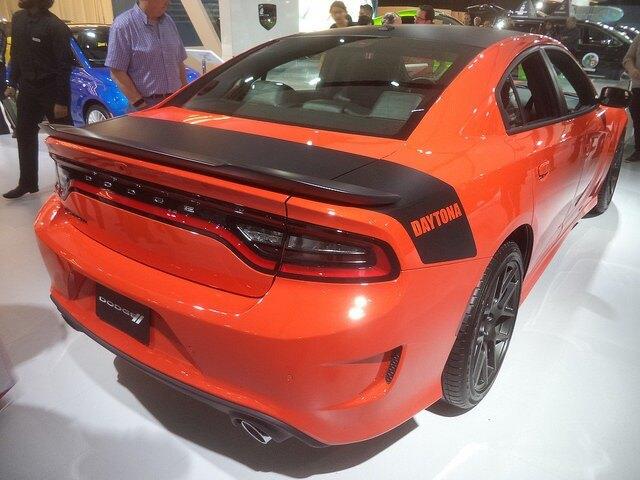 The Dodge
Charger is a big car, a full-size sedan made with an eye more toward muscle
than luxury. That's why the Charger has rear-wheel drive instead of the
standard sedan front-wheel drive. While FWD is cheaper to make and does better
on slippery roads, RWD gives the car a better center of gravity for a more
stable high-speed performance.

However, two of the 2017 Charger's eight trims have an
available all-wheel-drive system that adds to the weight and price but
gives you better traction on the road and on the track. These two trims are the
SE and SXT, and they have a few differences between them.

Under the hood and under the body, the 2017 Charger SE and SXT have more in
common than not. Both come with a potent but relatively small 3.6-liter V6
engine that delivers 300 horsepower and 264 pound-feet of torque. The Charger
has three more powerful engines available, but only on more expensive trims
that are RWD only. The SE and SXT also get a base engine controller with
standard engine cooling, an 8-speed automatic transmission with an AutoStick
manual mode, standard brakes, and a normal duty suspension. However,
the SXT gets a 180-amp alternator instead of the SE's 160-amp model.

This is where the 2017 SXT starts to differentiate itself from the SE. Both
models boast features like 19-inch wheels, but the SXT has performance tires as
standard equipment while the SE gets normal all-season tires. Both have
automatic headlights with LED daytime running lights, but the SXT adds LED fog
lights. Both have acoustic glass and dual exhaust tips, but the SXT also has
heated side mirrors, an auto-dimming rearview mirror, and a GPS-enabled
antenna.

The SXT also has a few optional upgrades the SE can't get, such as a black
roof and an R/T front end that matches the ones that are standard on the R/T
trims.

The biggest difference between the SE and SXT trims is the interior
features. Neither comes with the top-tier features available on other 2017
Charger packages, such as Alcantara/Nappa leather seats and Beats premium audio
system, but the SE does have a Uconnect infotainment system with a 5-inch screen, SD and
USB ports, a leather-wrapped steering wheel and shift knob, a 7-inch display in
the instrument cluster, and dual-zone temperature control.

The SXT has a lot more to add. It gives you sport seats, heated front seats,
available leather or premium cloth seats, automatic temperature control with a
humidity sensor, an 8.4-inch touch screen with a more advanced Uconnect OS,
available navigation, and an optional sunroof.

The 2017 Dodge Charger SE and SXT are the only two trims to offer AWD, but
they don't have the power or the luxury features of the more expensive trims
like the Daytona or the SRT Hellcat. Still, even the introductory trim for the
Charger has plenty to offer, and the SXT is a real deal when you see how much
more it offers at a price that's less than $2,000 more than the SE.

"Dodge Charger Daytona" by Zytonits, used under CC BY