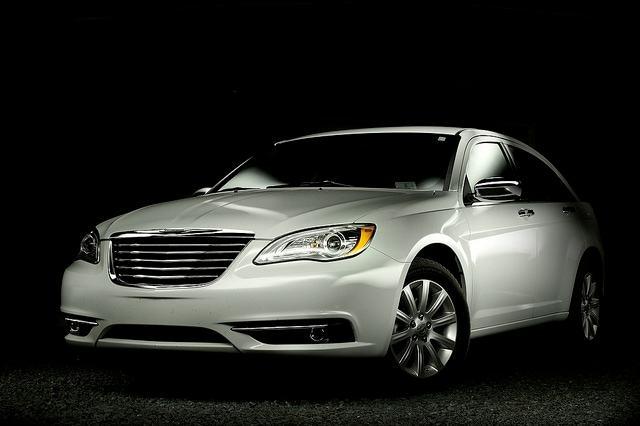 There are
tons of great reasons to buy a Chrysler. The awards speak for themselves.

Best Minivan for the
Money

U.S. News
and World Report voted the 2017 Chrysler Pacifica the best minivan for the money. The
award highlights cars, SUVs, minivans, and trucks that offer the best value and
ownership experience in their class. The Pacifica also received this same award
from Cars.com, based on its innovation, value, and quality.

The
Insurance Institute for Highway Safety (IIHS) is an independent non-profit
organization dedicated to reducing the losses caused by crashes on roads across
the United States. When selecting their top safety picks for this award, the
institute looks at how well the vehicle's technology protects passengers to
lessen collisions as well as how the vehicle protects passengers during a
crash.

The 2017
Chrysler Pacifica was given the IIHS Top Safety Pick for the Safetytec package
on the Limited trim level. The 2016 Chrysler 200 was also awarded the IIHS Top
Safety Pick when equipped with optional front-crash prevention.

The all-new 2017 Chrysler 300 has earned its fifth consecutive
Consumers Digest Best Buy award in the luxury car segment. The Best Buy award
looks at vehicles that offer the best value for money in their segment. Value
is determined by looking at the price to purchase and the price to upkeep the
vehicle, as well as comfort, utility, and performance.

The 2017
Chrysler Pacifica has been named by J.D. Power and Associates as the highest ranked
minivan in initial quality. The J.D. Power Initial Quality Study is the
industry standard for testing new vehicle quality. The test is measured at 90
days of ownership.

The study
compares individual models to other similar models in the same class. The aim
of the award is to help push manufacturers around the world to design and
produce higher-quality vehicles.

Awarded by
the NHTSA, these government safety ratings help consumers choose the safest
possible vehicle for themselves and their families. Five-Star Safety Ratings
measure the rollover safety and crashworthiness of vehicles across all classes.

The 2017
Chrysler Pacifica has been given a Five-Star Overall Crash Safety Rating. The
2016 Chrysler 200 four-wheel-drive and the 2017 Chrysler 200 were both given
the highest overall government vehicle score of five stars.

The Car
Connection's 2017 Driver's Choice award lets consumers cast votes for their
favorite vehicles in every class. With an overwhelming number of votes, drivers
chose the 2017 Chrysler Pacifica as the Best New Family Car of 2017. Voters
noted the safety, comfort, and entertainment features as major reasons for
loving the Pacifica for their families.

Whether
you're looking for a vehicle that is packed with safety features, has enough
space to hold your entire family and more, or is the best value for money,
you'll find it in one of our award-winning Chryslers.

"C200" by stillwellmike, used under CC BY