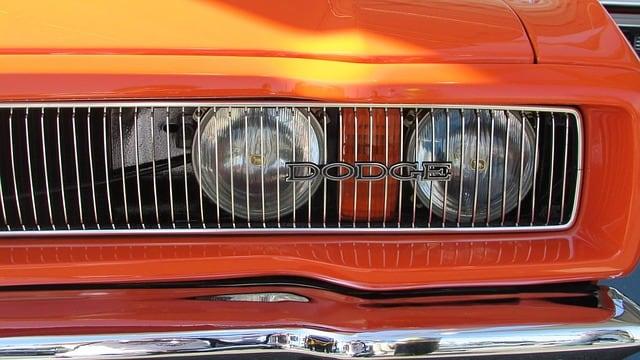 The new Dodge sells two kinds of vehicle: family SUVs and muscle
cars. The Durango SRT, however, is a three-row midsize SUV that
combines both branches of Dodge design into a single high-capacity,
high-performance package. It's not often you see both in a single vehicle,
especially outside the luxury market, but with the Durango SRT, that's exactly
what you get. With all of its features, there's a lot about this SUV to love.

Hiding under the hood of the 2018 Durango SRT is a massive
6.4-liter HEMI engine with eight cylinders. Rev it high enough and it produces
475 horsepower and 470 pound-feet of torque, going from zero to sixty in just
4.4 seconds. For a three-row crossover, that number is insanely fast, and even
though the Durango isn't nearly as big as a full-size truck-based SUV, it still
touts a 8,700-pound towing limit. Seven standard driving modes help you harness
the Durango's power.

Buying a Challenger or Charger can give you a fun ride, but trunk
space tends to be limited even on full-size sedans. The Durango isn't lacking
in cargo space, either. Like the regular trim, the Durango SRT can hold up to
84.5 cubic feet of cargo once you fold the third and second rows down, and the
wide liftgate and tall roof give you some impressive dimensions so you can make
full use of the cargo area.

The front row seats are specially made for the Durango SRT trim,
with leather upholstery, thick side bolsters for high-G turns, and the SRT logo
embossed on each seat. The trim also includes a high-performance steering wheel
complete with buttons to control the audio system and cruise control, and it
has a pair of paddle shifters that give the driver manual control over the
specially calibrated eight-speed automatic transmission. Then there are the premium
features held over from the regular Durango trims, like a beautiful 8.4-inch
touch screen and a Beats audio system.

The safety features can't be beat in both the SRT and regular
Durango trims. Among them are seven air bags, including a driver's-side knee
bag, and a front and rear parking sensor that automatically stops the Durango
when you're about to hit something. Available driver assistance features
include a blind spot and rear cross-traffic detection system, the Full-Speed
Forward Collision Plus system, and the Lane Departure Warning Plus system that
pushes you back to the center of your lane if you start to drift, which is
especially useful if you often drive at night.

With the 2018 Durango SRT, Dodge marries its high-performance
branch to its people-mover designs and creates something truly unique. With
plenty of room to move passengers, cargo, or any combination of the two, the
Durango makes an excellent family vehicle, but with a V8 under the hood and 475
horsepower always at the ready for when it's time to cut loose, this crossover
does not disappoint.