4 Reasons the Chrysler Pacifica is Perfect for Families

4 Reasons the Chrysler Pacifica is Perfect for Families

With the Chrysler Pacifica poised to replace both the Chrysler Town & Country and the Dodge Grand Caravan, it becomes one of the only remaining minivans on the market. While many parents are making the switch to an SUV, minivans remain the most spacious option for big families, which makes the Pacifica a more attractive option than ever before. If you're in the market for a new family vehicle, consider the following reasons the Chrysler Pacifica should be a major contender. 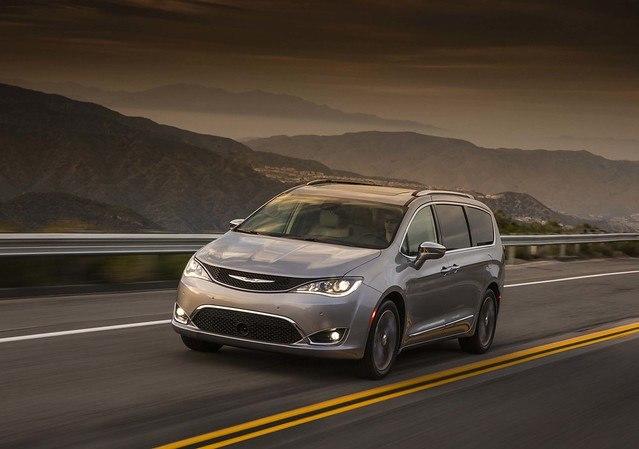 The 2017 Chrysler Pacifica is available as a plug-in hybrid, which may be surprising because this is the first hybrid minivan to hit the market. You'll be able to charge your Pacifica and enjoy a 48-kilometer, all-electric range that will significantly reduce your fuel consumption before switching over to gasoline. Not only will you get the flexibility and convenience a minivan offers, but with a hybrid option, you'll be saving money at the pump, which is a big deal for parents everywhere.

The new Pacifica seats eight with more than enough space for cargo to spare. However, the great thing about this minivan is just how flexible those seats really are. Even if you have a car seat installed in one of the second-row bucket chairs, you can tip that seat forward thanks to Chrysler's "Easy Tilt" system, giving you convenient third-row access. Everyone in the family can pile into the car without the hassle of removing (and reinstalling) the car seat.

In addition, the third row is just as spacious and comfortable as the second row. This is something not many minivans, and certainly few three-row SUVs, can brag about. Third-row passengers also get their own USB ports for devices, storage bins, and cup holders. Moreover, thanks to the second row's cantilevered design, third-row occupants can slide their feet underneath the seats in front without issue, making those prolonged road trips a breeze.

You probably already own — or at least have seen — a vehicle with a hands-free tailgate that opens automatically with the swing of your foot. As a busy parent trying to corral the kids with your hands laden with groceries, imagine having that technology not just on the tailgate but on the side sliding doors as well. That's exactly what the 2017 Pacifica offers. You'll never have to fumble for the key fob again, which makes this minivan a total game changer.

The 2017 Chrysler Pacifica features LATCH anchors in up to five seating positions, depending on whether you opt for the additional seat between the second-row captain's chairs. Most vehicles designed for families typically offer only two or three seating positions if you're lucky. Therefore, not only is the new Pacifica perfect for families, but it's the best option for families with several small children that still require the usage of car seats.

You'd be hard-pressed to find a more family-friendly vehicle than the 2017 Pacifica. Stop by Crosstown Auto Centre for a test drive to see for yourself why it's a smart choice.