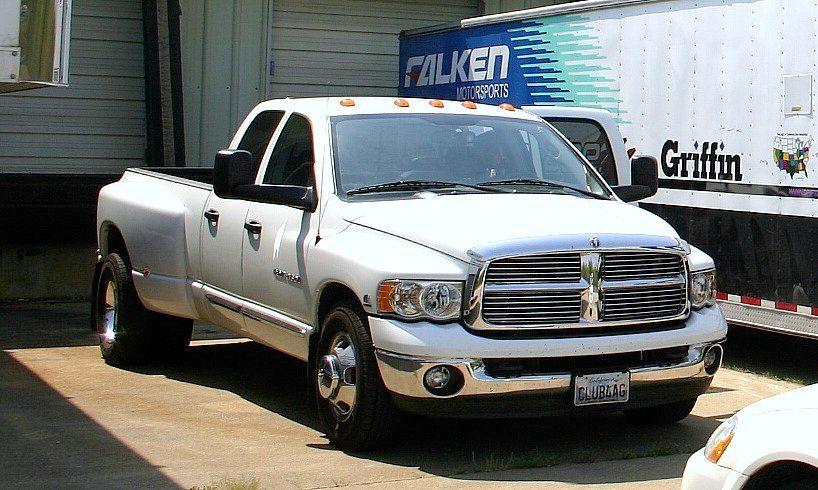 Whether you're searching for the ultimate work truck, or you want something
to pull your trailer or boat, the 2017 RAM 3500 is the most powerful choice on
the market. When equipped with a 6.7-liter, Cummins Turbo Diesel inline V-6,
the 3500 can pull a whopping 31,210 pounds, and with that kind of power, you
can pull just about anything. In case you're wondering, here are some
practical, and not-so-practical things to tow around with your new RAM 3500.

If you're a fan of monster truck racing, you know how massive the vehicles
are. Most of these trucks are usually 12 feet tall and 12 feet wide and weigh a
whopping 10,000 pounds. The hardest part of towing these monsters is finding a
trailer that's big enough to haul them. Once you have them loaded, however,
hauling them to a location is a cinch.

When you plan on building a new home, patio, or retaining wall, bricks are a
lovely touch that blend seamlessly with most surroundings and provide a
foundation that lasts longer than most other materials. Once you've decided on
brick for your project, it's time to haul them to your building site. A
standard brick weighs about five pounds, so with the RAM 3500, you could tow up
to 6,242 bricks. The most impressive thing about this load is that a 2,400 square foot home only needs 5,226 bricks. That'll
leave you with a brand new house, and over 1,000 more to add an extra touch of
flair.

Whether you love classical music, or you're the world's biggest Elton John
fan, a grand piano has a beautiful sound that's peaceful, serene, and
unmistakable. If you're aiming to start a retail piano business or the world's
biggest dueling piano bar, the RAM 3500 can give you a hand. At 1,200 pounds a
piece, grand pianos are the heaviest instruments in the world, but once you put
them on a trailer, the RAM 3500 will enable you to pull 26 of them.

If you've ever thought about baking the world's largest chocolate chip
cookie, you're going to need gallons and gallons of milk for dipping purposes.
According to the Guinness Book of World Records, the largest chocolate chip
cookie covered over 5,000 square feet, meaning you're going to need loads of
milk to keep up with demand. A gallon of skim milk weighs roughly 8.6 pounds,
so that translates to 3,629 gallons of delicious, milky goodness, paired with
decadent chocolate chip cookies.

Perhaps you bought a lottery ticket and are eagerly awaiting the draw. If
you win, it gives you the opportunity to buy all sorts of things. Once you've
driven around in the RAM 3500, there's a strong chance you'll want your friends
and family to do the same, and there's no better way to deliver the truck than
towing it yourself. Weighing in at 10,100 pounds, the RAM 3500 is a heavy
truck, but it's no match for your RAM 3500.

Although the RAM 3500 has amazing towing power, it doesn't end there. It has
plenty of other features that make it the heavy-duty truck to have. So, conjure
up some towing ideas, and give it a try today.