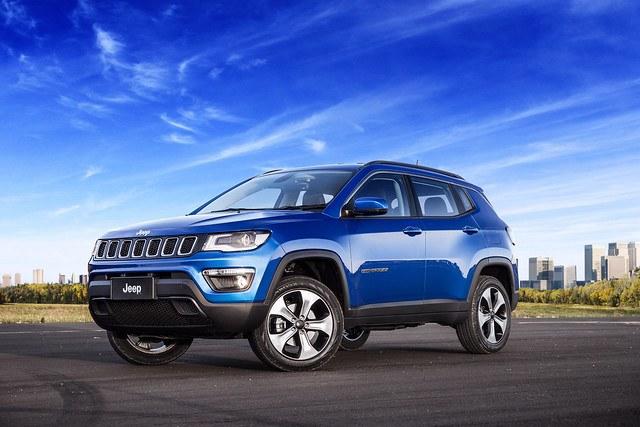 2017 ushers in a new era for the Jeep Compass as it gets a dramatic
makeover, parting with its slightly outdated amenities and looks. However,
former or current Compass owners won't feel too terrible about the change. With
sleek exterior styling, top-notch features, and versatility that only a Jeep
possesses, the Compass is well-equipped to handle any workload. If you're
searching for a vehicle with these features, here's a chance to get to know the
2017 Jeep Compass.

The older Compass didn't always have the power to entice Jeep fans to make
the purchase, but the 2017 version put its full effort into recreating the
brand. Under the hood, the Compass boasts a standard 2.0-liter inline
four-cylinder that churns out 158 horsepower and 141 pound-feet of torque. Two
trim levels also have an available 2.4-liter inline four-cylinder capable of
172 horsepower and 165 pound-feet of torque. It may not have the same power as
some of its larger siblings, but it definitely has more than enough to satisfy most
drivers.

All four trim levels come paired with a five-speed manual transmission and
front-wheel drive, but if you want more versatility or the idea of a stick
shift scares you, don't fear. Both options have upgrades to all-wheel drive and
either a six-speed automatic transmission or a continuously variable
transmission. Whichever way you go, the Compass has a drivetrain that will
complement your driving tastes.

There wasn't anything inherently wrong with the body of the 2016 Compass; it
just needed a few upgrades to make it modernized. Luckily, this translates into
an exciting style with the appearance of a car twice its price. Standard
features on the 2017 Jeep Compass include 16-inch aluminum wheels, halogen
headlamps, premium fog lamps, tinted glass, and your choice of seven colors.

Upper trim levels get even more impressive boosts to their aesthetics,
sporting amenities such as 18-inch aluminum alloy wheels, power heated side
mirrors, and automatic headlamps. For the minimalist, lower trims will probably
meet your expectations, but if you want all the extras, go for the Latitude or
High Altitude editions.

Inside, the Compass avoids a rehash of prior models, offering specs on par
with its competitors, as well as other Jeeps. Tech features are better than
ever thanks to a bevy of fresh gadgets including an available nine-speaker
Boston premium audio system with subwoofer, a 1-year subscription to SiriusXM
satellite radio, a 40 GB hard drive to store all your favorite tunes without
the hassle of wires from your phone, and Uconnect with Bluetooth connectivity
for smartphone connectivity.

Comfort features abound in the Compass as well, with the High Altitude trim
level boasting heated leather-trimmed seats and a universal garage door opener.
To top it off, the Compass adds standard amenities across the board like a tire
pressure monitor, illuminated cup holders, and bright interior accents.